This page is always under active construction. If you have questions please see our University Archives page.

The schools that would eventually merge to become the University of the Arts had many notable and accomplished artists of all sorts pass through their halls. Most of those listed here completed the full program of the time; others, such as ironworker Samuel Yellin, we only know attended because they received an award mentioned in a commencement program, or, again, like Yellin, they became faculty members and are listed as alumni of the respective school. Many alumni, such as stained glass artist and teacher Frances Darby Sweeny, had their own businesses as well as holding a teaching position, much like our faculty today.

Several alumni, such as Julian Abele, the first African-American to receive a degree in architecture from the University of Pennsylvania, or Martha Walter, who studied at the Pennsylvania Academy of the Fine Arts after three years at PMSIA, are better known for attending other schools but were here first. Composer and musician Vincent Persichetti is honored with an historical plaque outside of the Curtis Institute of Music, but in fact had a longer history with the Philadelphia Conservatory of Music. Part of the purpose of this Web page is add to the body of knowledge about these artists and to reveal the importance and influence of the Pennsylvania Museum and School of Industrial Art, the Philadelphia Conservatory of Music, the Philadelphia Musical Academy, and the Philadelphia Dance Academy.

Abbreviations used below for the schools are:

See the Web page of name changes for a complete list of dates and name changes of the colleges that make up The University of the Arts.

Ronne Arnold
Dancer
Philadelphia Musical Academy Bachelor of Music (Dance major), 1959
Earned the bachelor's degree through the Philadelphia Dance Academy's college program at the Philadelphia Musical Academy
Recipient of the Australian Dance Awards Lifetime Achievement Award on August 5, 2013, in Canberra, Australia.
"American dancer Ronne Arnold, who settled in Australia after performing in West Side Story in 1960, founded the Contemporary Dance Company of Australia, which performed from 1966 to 1972. Some of the best of the young Australian modern and jazz dancers joined him, responding to the dynamic energy of the American jazz idiom and contemporary themes." quoted from "Australia: Modern Dance" by Valda L. Craig, International Encyclopedia of Dance, Oxford University Press, 1998, volume 1, page 212.
Taught at the National Aboriginal and Islander Skills Development Association, 1986-2003. Currently (as of May 2012) a faculty member at the Wesley Institute, New South Wales, Australia. In addition to dancing, Ronne has also had a television acting career.

Stanley and Janice Berenstain
PMSIA Class of 1945.
Creators of "The Berenstain Bears" books.

Marc Blitzstein (1905-1964)
Musician and composer, best known for his composition The Cradle Will Rock and for his adaptation and translation of The Three-Penny Opera. Blitzstein studied at the Philadelphia Conservatory of Music, a predecessor of the UArts School of Music, from 1919 to 1921. Awarded the Gold Medal in 1921.

Dr. Chittum was an instrumentalist, music theorist, and a long-standing faculty member at the University of the Arts. His doctoral thesis, Twentieth-century fugal practice was one of his many writings on music, in addition to "The Triple Fugue in Berg's Wozzeck", which was cited as the year's best worldwide article on operatic analysis by the German publisher WBG. He retired from UArts with Faculty Emeritus status but remained an active University community member until his passing.

1915: PMSIA diploma in Normal Art Instruction. Received honorable mention under the 2nd prize, Associate Committee of Women, for best work in the course in industrial drawing for an illuminated manuscript.

1912: Certificate A, Industrial Drawing. Awarded the Emily Leland Harrison Prize of $10.00 for work in wrought iron.
Edwards' papers are housed at the Winterthur Library as part of the Arts and Crafts Society Archive.

Ruth Fine
Painter and printmaker
Philadelphia Museum College of Art Class of 1962
Her mother, Miriam Brown Fine, was a member of the Class of 1935

For more on Freelon see this article on Freelon by David Karp made available on the Traditional Fine Arts Organization Web site. Portrait of Freelon is courtesy of Randi Vega and of the Woodmere Art Museum, who supplied the image. Do not use without permission.

James P. Jamieson (1867-1941)
Architect with Cope and Stewardson.
Attended PMSIA in 1889-90 and 1890-91.
See biographical entry for Jamieson in the Philadelphia Architects and Buildings Web site.

Ric Kidney
Film producer/director. Producer of numerous films including Legally Blonde (2001), Six Degrees of Separation (1993), The Recruit (2003), and Welcome to the Jungle starring The Rock, to be released in 2003 or thereabouts.
PCA. BFA, Film, 1972
College of Art and Design Alumni Award, 2003

Paul Lachenmeyer
PMSIA Diploma 1891
1889: Received Drawing Certificate as well as second prize of $5.00 for best design for diploma; honorable mention for the Barton Scholarship for general excellence of the year's work.

Joseph Pennell (1857-1926)
Illustrator and printmaker
Pennell was in the very first class of students to attend the Pennsylvania Museum & School of Industrial Art in December 1877. According to the Report of the Proceedings at the Closing Exercises of the Schools for the First Term, Held June 26, 1878, a J. Pennell of the evening class was admitted to Advanced Class B.

Biagio Pinto
Biagio Pinto took many photographs for the Philadelphia Dance Academy, where his daughter Gina was a student.

According to The Animation of Heaven and Hell section on the Brothers Quay, the Brothers Quay, creators of animated films such as "Street of Crocodiles" and "The Cabinet of Jan Svankmajer", do not wish to have a Web site. Plenty of information can be found about them and their films through periodical indexes and through Web sites such as Animation World Network and Internet search engines.
Search the UArts library catalog for the Brothers Quay.

Anne Estelle Rice (1877-1959)
Painter
PMSIA Class of 1897
1895-96: Received Certificate A,
1896-97: Received diploma and Certificate B for the Course in Decorative Painting and Applied Design. Awarded 2nd place for the Mrs. George K. Crozer Prize for Modelling [Sculpture] in the amount of $10.00.
See The Expressive Fauvism of Anne Estelle Rice, an exhibition catalog from Hollis-Taggart Galleries, New York.

Edgar Viguers Seeler (1867-1929)
Architect.
1890: Awarded a certificate [not described].
1886: Awarded the Richards Prize for the best drawing in pen and ink. Awarded a free one-year scholarship for excellence, June 1886. Source: PMSIA. Eleventh annual report... for the fiscal year ending December 31, 1886, pp. 10-11.
1885: Appears in the PMSIA Circular of the committee on instruction... 1886-87. Roll of students, 1885-86, p. 64.
See entry for Seeler in Philadelphia Architects and Buildings Web site. Their information states that Seeler received his architecture degree from MIT in 1890, but the PMSIA annual report of 1890 lists an Edgar V. Seeler being awarded a certificate.
Seeler was elected to the PMSIA Board of Trustees in 1906, having served as a member of the Advisory Committee since 1901, and remained on the board until his death in 1929.

Charles Sheeler (1883-1965)
Received PMSIA Certificate A in Industrial Drawing, 1901.
Received PMSIA Certificate B in Decorative Painting and Applied Art, 1902.
Alumni Award, 1957
According to the 2001 Oxford Dictionary of Art, painter and photographer Sheeler was "the best-known exponent of Precisionism." His work can be found in museums across the USA.
Search the UArts library catalog for Sheeler.

Frances "Fanny" Darby Sweeny
Stained glass artist. Proprietor of the Decorative Glass Company, Philadelphia.
Had an exhibit at PMSIA in March 1894. Source: 19th annual report for the year ending December 31, 1894, p. 23.
Joined PMSIA faculty 1899/1900. Source: 24th annual report for the year ending May 31, 1900. Report of the principal, p. 27.
Last appears as faculty member in 1908-09 catalog.
33rd annual report for the year ending May 31, 1909, p. 34. "The teaching staff remains about the same. In the Art School, Mrs. Sweeney has resigned as instructor in design applied to stained glass, her place being taken by Mr. Copeland."
Resignation is also mentioned in Bulletin of the Pennsylvania Museum, #26, April 1909, p. 37: "Mrs. Frances Darby Sweeney, long connected with the School as instructor in charge of the Normal Art Course and of the classes in stained glass, has been obliged to resign owing to the increased demands of her studio work."
1893-94 catalog is first appearance as former student.
1919-20 catalog is last appearance as former student.
A Mrs. D. W. Sweeney appears in the "Roll of Students, 1885-6" in the catalog for 1886-87, "Roll of Students 1889-90" in the catalog for 1890-91,and in "Roll of Students 1890-91", in the catalog for 1891-92.
Given an alumni exhibition in 1907: Bulletin of the Pennsylvania Museum, #20, October 1907, p. 71: "The first exhibition of 1907-'08 to be given under the auspices of the Alumni Association of the School will be a display of stained glass windows, by Mrs. Frances Darby Sweeny, shown with the original sketches and cartoons."
Watch the Quicktime video on Sweeny from public television station WHYY! Go to http://www.whyy.org/artsandculture/movies/stainedglass.html for a story on Sweeny told by stained glass scholar and historian Jean Farnsworth. 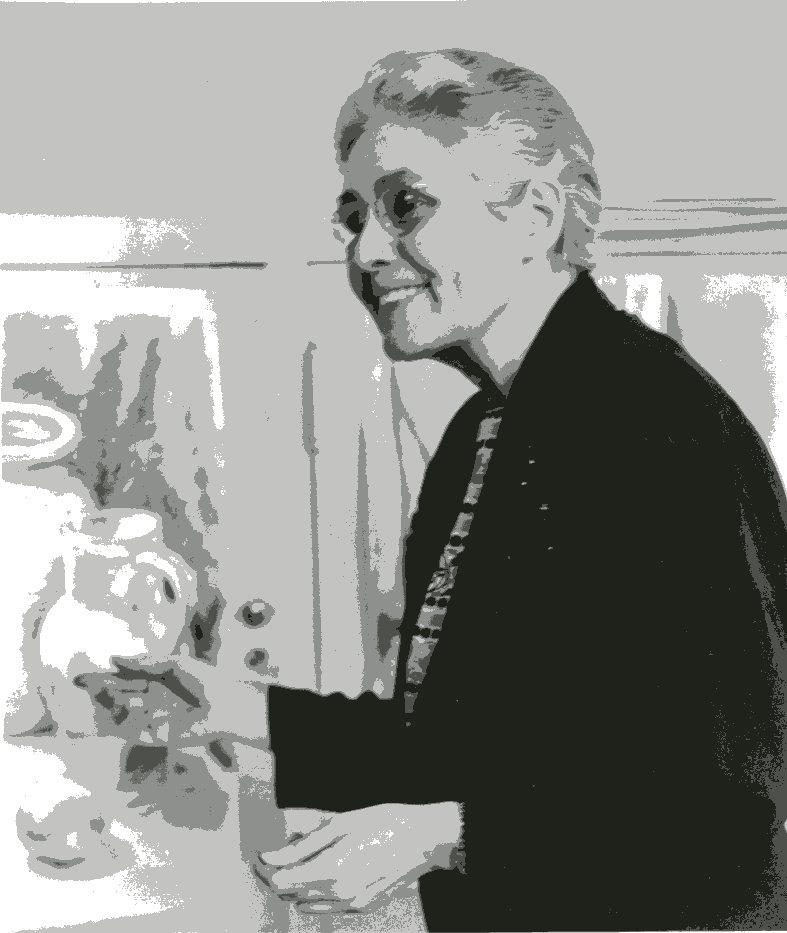 
Martha Walter (1875-1976)
Painter
Studied for 3 years (1895-1898) at PMSIA.
1895/96: Receives Certificate A. Receives honorable mention for the Henry Perry Leland Prize given by Mrs. John Harrison for work in Pen and Ink; $20 second prize for best set of drawings in the Course of Industrial Drawing.
1896/97: Receives John T. Morris Prize of $10.00 for drawing of Details of the Human Figure; Jacob H. Weil Prize of an outfit of Oleo Water-Colors for best sketch in water-colors from Life.
1897/98: Honorable mention for the Mrs. George K. Crozer Prize offered for the best work in drawing; Caroline Axford Magee Prize of $20.00 for group of designs introducing decorative use of the human figure.
Walter later studied at the Pennsylvania Academy of the Fine Arts. An exhibition of Walter's paintings, Impressionist Jewels: The Paintings of Martha Walter, was recently held at the Woodmere Art Museum, Philadelphia.

Deborah Willis
http://debwillisphoto.com/home.html
PCA, BFA in Photography, 1975
University of the Arts Alumni Award, 1995
Photographer, curator, author, scholar
Professor of Photography and Imaging at New York University's Tisch School of the Arts.
Recipient of the MacArthur "Genius" award in 2001 for her services to African-American photography. In 2002 she won the Exposure Group's award for Lifetime Achievement in Photography.
Search the UArts Libraries catalog for books by Willis, Deborah 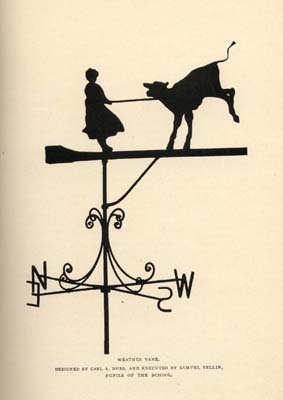 Samuel Yellin (1885-1940)
Ironworker
See http://www.samuelyellin.com/
Attended PMSIA 1906.
Awarded a Special Prize of $10.00 by the Principal for group of work in wrought iron, 1906.
Taught Wrought Iron, 1907-19.
Awarded the PMSIA Alumni Association gold medal, at the Feb. 5, 1931 alumni dinner dance at the Bellevue-Stratford Hotel.
In the May 1926 newsletter of the PMSIA Alumni Association we learn that "Mr. Samuel Yellin, a member of the Alumni Association, was awarded the Bok Prize for the year 1925. Mr. Yellin has received many other citations for his artistic work in iron. He ascribes much of his success to the excellent instruction received at this school, under the tutelage of the members of the faculty, and he especially comments on the fine instruction he received from the late Charles T. Scott. To view the work at the studio is an inspiration for anyone who would like to see the artistic possibilities of craftsmanship in iron. We may hope that his ideal, a school for craftsmen, may materialize, as has his artistic ability."

The caption for the image above reads, "Weather Vane. Designed by Carl A. Dubs, and executed by Samuel Yellin, pupils of the school." Source: School of Industrial Art of the Pennsylvania Museum. Circular of the School of Applied Art, 30th season, 1906-07, page [45]